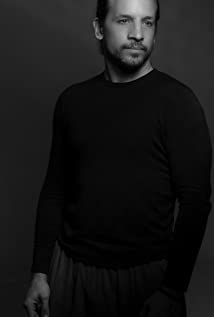 Gustavo Andres Rilo Lacquaniti was born on May 29th, 1977 in Buenos Aires, Argentina. Going by the name Andrew Dasz, he began training in Tae Kwon Do (ITF) at the age of 10 after being inspired by watching Chuck Norris on TV. His studies continued on in 1993, where he practiced Ving Tsun Kung Fu and Hung Gar.In the same year, Andrew began working as a model for martial-arts related mediums. This created an interest in working with cameras as well as other types of media.In 1997, Andrew moved to São Paulo, Brasil, and continued training Ving Tsun Kung Fu under Master Leo Imamura, at Moy Yat Ving Tsun Martial Intelligence.Dasz moved to Madrid, Spain, in 2005 to work with his twin bother at a fight choreographer's group. He also began taking acting and modeling courses the following year to expand on his abilities both on and off the screen. Using the skills that he had acquired over the years, Andrew was able to become a fight choreographer, traveling around the world and doing what he loved.Since then, Dasz has trained several actors while appearing in several films himself. He currently lives in Hong Kong where he is a personal trainer as well as martial arts instructor, where he teaches various martial arts to eager students each day of the week.Andrew has trained in Tae Kwon Do, Ving Tsun Kung Fu, Hung Kuen, Lion Dance, Aikido, Kick Boxing, Muay Thai and Boxing. He also studied the Frank Dux System of stretching and can speak Spanish, Portugese, English and basic Chinese. He hopes to continue working in the film industry to hone his skills and create more of his own project, including a sequel to his film Stunt Games.

Keep Calm and Be a Superstar

A Idiot Lost in Xiangxi