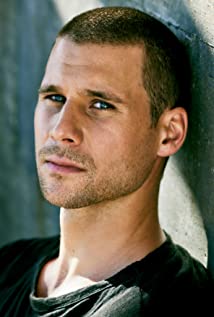 Andrew is an Australian actor born on a cattle property outside Tamworth, Australia. He received a Bachelor of Performing Arts in Acting at the Western Australia Academy of Performing Arts (WAAPA) in 2015. His theatre credits include Chris Keller in 'All My Sons', William Carlile in 'Punk Rock', George Wickham in 'Pride and Prejudice' and John Casey in 'Grapes of Wrath'.Prior to graduating the academy Andrew was offered the lead role of Kevin in the ABC Television show 'Tomorrow When The War Began' Directed by Brendan Maher, based on the Australian bestselling fiction series . Following its completion, he began production in the critically acclaimed Matchbox ABC Mini Series 'Barracuda' directed by Robert Connolly. Later in the year he starred in the Steve Jaggi Production 'Rip Tide'.In 2017 Andrew arrived in the USA and went into production on the Blumhouse Pictures film 'Hurt', directed by Sonny Mahli. Then into the FOX Television show, 'Lethal Weapon'. Since its completion he has starred in the films 'Dweller', 'A Thousand Little Cuts' and 'Take Me to Tarzana', all to be released in 2020 along with the short film 'The Gesture and the Word'. He has also completed filming in the Netflix drama 'You' which will be released in December 2019.