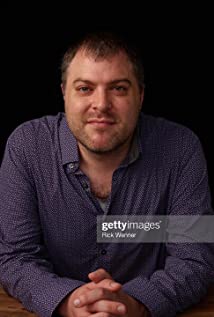 Named by Variety as one of "Hollywood's New Leaders," Andrew Carlberg is an Academy Award-winning film, television, new media, Broadway and Los Angeles stage producer.Select notable credits include Peace in the Valley (2022 Tribeca Film Festival, 2022 Deauville American Film Festival), Sister of the Groom (Saban/Hulu), Sun Dogs (Netflix), The Fallout (HBOMax), The Blazing World (short and feature; Sundance 2019 and 2021), Castle (ABC), Full Circle (DirecTV), the Academy Award winning short Skin (2019) and the Academy Award nominated short Feeling Through (2021).He is a graduate of the University of North Carolina at Chapel Hill, a member of the Academy of Motion Picture Arts and Sciences and the Producers Guild of America, an alum of Film Independent's Fast Track Producing Fellowship and New York's Independent Filmmaker Project, and an event producer for the I Have a Dream Foundation - Los Angeles and the National Breast Cancer Coalition.

Sister of the Groom

A Place in the Caribbean