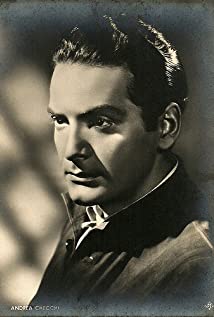 Born in Florence, Checchi appeared in over 150 films in his lengthy career, which spanned from 1934 to his death in 1974. The son of a painter, he studied painting at the Accademia di Belle Arti di Firenze. Moved to Rome, he attended the acting course held by Alessandro Blasetti who gave him a small role in "1860". After graduating at the Centro Sperimentale di Cinematografia, he had his first role of weight in the 1940 historical drama film "L'assedio di Alcazar" by Augusto Genina. He later appeared in Mario Camerini's "Due lettere anonime" (for which he received a Silver Ribbon as best actor), Giuseppe de Santis's "Tragic Hunt" (1947), Michelangelo Antonioni's "La signora senza camelie" (1953), Vittorio De Sica's "Two Women" (1960), and Mario Bava's Black Sunday (1960), among many other films. In 1958, he won the Italian National Syndicate of Film Journalists Award for best supporting actor for his performance in the film "Parola di ladro" (1957). In 1971, he starred with Giancarlo Giannini in "E le stelle stanno a guardare", an adaptation of A. J. Cronin's novel, "The Stars Look Down".

A Bullet for the General

Challenge of the Gladiator