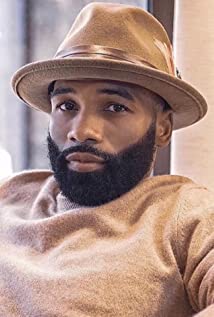 Andra Fuller is an American actor, born and raised in Houston, TX. While in Texas, he was a scholarship football player at Baylor University before jump-starting his entertainment career as a stand-up comedian. Shortly after moving to Hollywood, Andra booked several national commercials and guest starred on a few notable TV shows, before eventually landing a recurring role on Fox's Prison Break. In addition to being a versatile actor, Andra is also a skilled writer, producer, and director, and has quickly become one of the most sought-after emerging talents in Hollywood.In 2012, Fuller landed his first lead role on The CW's critically acclaimed TV series, The L.A. Complex, where he played complex, closeted-gay, rap superstar, 'Kaldrick King'. His performance earned him a nomination for Best Male Leading Actor at the 2013 Canadian Screen (Emmy) Awards. Later that year, Andra went on to win an award at the American Black Film Festival (ABFF), for his lead role on the hit web show, RoomieLoverFriends.Next, Andra went on to become a fan favorite on the hilarious #1 rated cable show, Black Jesus, where he played, 'Fish', Jesus' best friend. He also spent 2 seasons as 'Roger Keith Jr.', the young General Manager of the San Diego Sabers, on BET's most popular show, The Game. And in 2016, Fuller starred in and Executive Produced the TVOne television comedy, Here We Go Again.In 2017, Andra made the transition into film, starring in 6 movies, 2 of which he also produced. Those movies include, Love By The 10th Date, Deuces, Dope Fiend, True To The Game, 9 Rides, and You Can't Fight Christmas. Of the 2 movies he produced, Dope Fiend won Best Film at the Newark International Film Festival, and True To The Game was the #1 grossing independent movie of summer 2017. Andra also voiced 2 characters on the hit audio series, Bronzeville, which was produced by Laurence Fishburne and Larenz Tate. Fuller resides in Hollywood.

True to the Game 2

Love by the 10th Date