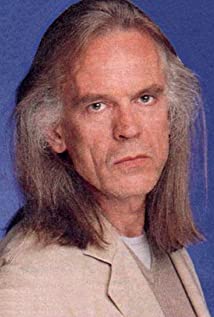 Anders Hove was born in Greenland on the 16th of January 1956 to a mother who was a nurse and a father who worked as a meteorologist. His father was politically involved in Greenland and helped the country work towards the government it has today. Spending most of his childhood there, Anders later moved with his parents to Thisted in Denmark when he was 14 years old. In the 1970s, Anders attended the Royal Academy in Denmark to learn formal acting. Before this he had studied law and economics and had planned on taking over his father's business. In 1980, he married an American dancer and choreographer named Ann Thayer Crosset, and they have two sons together, Anders Ezra and Elliot Todd. His first real movie role was in the Danish movie In the Middle of the Night (1984) (Middle of the Night), in which he played Nalle. After working in Denmark for a time as a stage and screen actor, Anders decided to try his luck on the American front. He and his wife sold their belongings and moved to the States. There he landed parts in shows like "Tales From the Crypt" and the sci-fi movie Critters 4 (1992) as 'Rick', the critter-infested ships captain, and the role that many know and remember him for, as the fiendish and obsessive 'Cesar Faison' on the daytime soap opera "General Hospital". He also worked in a Canadian soap opera called "Family Passions" with General Hospital co-star and friend Kin Shriner. Another former co-star on General Hospital, Michael Watson suggested that Anders should play the villainous vampire 'Radu Vladislas' in the Full Moon movie Subspecies (1991). He ended up being in three sequels to the movie during the 90s playing the long-fingered, drooling, infamous Radu. Hove returned to Denmark in the mid 90s and has continued to act there, being a favorite actor of the 'Dogme'-directors, usually playing bad guys.

Far til fire - tilbage til naturen