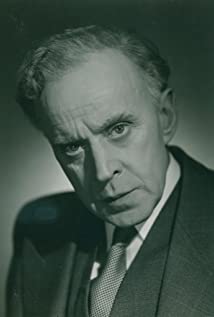 Anders Henrikson born on June 13, 1896 in Stockholm, Sweden, was an actor, director and writer. He dropped out of high school to become an actor. In 1914 he first studied piano at the Royal Academy of Music, Stockholm. The year after he was accepted at the acting school of Royal Dramatic Theatre (RDT). He was engaged at the RDT as an actor and teacher for most of his life. Anders Henrikson was only 17 when he did his debut in film. As an actor he appeared in 60 feature films from 1913 to his death in 1965. He directed 30 feature films from 1933 to 1956. Anders Henriksson was a first class character actor. He received a number of awards: for example the RDT O'Neill scholarship and the Royal Medal "Litteris et artibus". During his last year 1965 he was active in film as well as in the theatre.