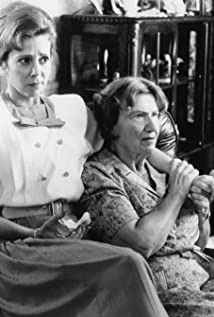 One of those dazzling chameleon players who never received their due, Amy Wright is still woefully unrecognized despite a superb resumé of Southern-styled film credits since the late 70s. On the other side of the coin, she has certainly made a distinct name for herself in the theater world as the embodiment of down-home eccentricity. As a testament to her interesting dichotomy as an offbeat actress, she played much younger than she was at the onset of her career; these days she tends to play older.Born on April 15, 1950, in Chicago, Amy was raised in the Midwest and eventually attended Beloit College. She gave up her position as a teacher to pursue her dream to be an actress in New York. Elfin in quality with an intriguing, gap-toothed look, the child-like blonde actress found almost immediate reassurance as an apprentice at actor Rip Torn's Sanctuary Theater, making her stage debut in the company's 1975 production of "Agnes and Joan". Amy and her much older mentor (then married to theater legend Geraldine Page) began a clandestine personal relationship that produced two daughters. Torn never divorced Ms. Page and his longtime relationship with Amy was exposed shortly before his wife's sudden death of a heart attack in 1987. The couple eventually married. Interestingly, Amy appeared with both Torn and Ms. Page in the August Strindberg short plays "Miss Julie", "Creditors" and "The Stronger" in 1977 in repertory at the Hudson Guild Theatre, later taking the last two plays to the Public Theater.Amy's sweetly countrified look and demeanor inspired a number of standout performances in high quality productions. At age 26, she earned her first major attention on stage playing a crippled teen in a successful revival of Lanford Wilson's "The Rimers of Eldrich" in 1976. Two years later Wilson wrote the stage part of a lifetime for her as 13-year-old Shirley Tally in his acclaimed work "Fifth of July" off-Broadway in 1978. The show made a spectacular transition to Broadway in 1980. In 1983 she shared the Drama Desk Award for her ensemble contribution in the comedy farce "Noises Off".Amy's film debut was in trademark quirky form with Martha Coolidge's documentary-styled Not a Pretty Picture (1976), and she went on to minor roles in the small-town "A" pictures The Deer Hunter (1978) and Breaking Away (1979). Arguably one of her most spellbinding film appearances came as Harry Dean Stanton's religiously wacko 15-year-old daughter, Sabbath Lily, in John Huston's Wise Blood (1979), following this with an equally strange comic role as a bed-hopping groupie in Woody Allen's Stardust Memories (1980). Amy also shared moments of brilliance opposite John Savage's handicapped lead in Inside Moves (1980); as William Hurt's spinster sis in The Accidental Tourist (1988); in Beth Henley's Southern-baked beauty contest spoof Miss Firecracker (1989); and as Jeff Daniels' soon-to-be-married sister in Love Hurts (1990).As much as these performances should have placed her at the very top of the Hollywood echelon of character players, Wright was surprisingly ignored for film awards and continued more or less obscurely. Nevertheless, she continued to make strong stage showings opposite the late Uta Hagen in the Off-Broadway winner "Mrs. Klein" in 1995, and as part of the familial comedy relief in "Lake Hollywood" (1999). Other reported stage appearances over time have included "Breakfast with Les and Bes", "Hamlet", A Village Wooing", "The Little Foxes" and "Prin".On camera she continues with her thoroughly offbeat ways in such movies as The Scarlet Letter (1995), Tom and Huck (1995) (as Aunt Polly), Winning Girls Through Psychic Mind Control (2002), Messengers (2004) and her most recent, The Namesake (2006), along with rare TV appearances in such popular shows as "Law and Order".

Where the Rivers Flow North