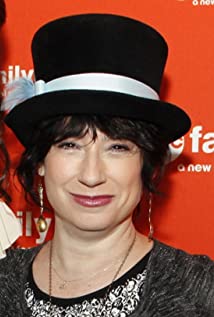 An only child, Amy Sherman-Palladino is daughter to comedian Don Sherman & dancer Maybin Hewes.Originally a dancer herself, Palladino had initially received a callback to the musical Cats, while also having a possible writing position on the staff of Roseanne in rotation. When she and writing partner Jennifer Heath were asked to join Roseanne, she put behind her dancing career -- much to her mother's chagrin, -- and began writing for television.