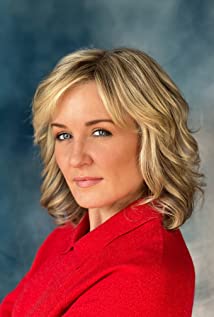 Born in Glen Ellyn, Illinois, Amy Carlson spent most of her early life in the Chicago area. But when Amy was in junior high, she and her family also lived in the Middle East where her parents, Bob and Barb, taught at the American School. Amy has three siblings, sisters Betsy and Lori and brother Joe. Amy has backpacked all over Europe with her family and on her own. Because her parents were teachers, they were able to spend every summer together traveling and camping all over the United States. In fact, they have camped in every state except Alaska. Amy also went to Rwanda after the war in 1994 to aid relief efforts. Early on, Amy showed artistic talent acting in school productions and winning contests for writing. In high school, she was a promising athlete who placed in the first ever 3200 meter relay in Illinois girls track. In college, after an injury, she returned to the theater with many roles on stage starting with Lanford Wilson's "Fifth of July" and directing Wallace Shawn's "Aunt Dan and Lemon". Amy attended Knox College in Galesburg, Illinois, where she graduated cum laude with a B.A. in East Asian history and a concentration in Theater. She moved to Chicago afterward and studied Improv at the Improv Olympic and acting at The Actor's Center. A contract job on the now defunct soap opera Another World (1964) moved her to NYC soon after graduation. She has been nominated for a Daytime Emmy Award in the category of "Outstanding Supporting Actress in a Daytime Drama Series". Her most memorable roles have been of strong women playing Alex Taylor in Third Watch (1999), Maggie Pistone in Falcone (2000), Katie Owen alongside Tom Berenger in Peacemakers (2003) and Linda Reagan in Blue Bloods. Carlson resides in New York City with husband Syd Butler, bassist of Les Savy Fav, where she also works in the independent music business as part-owner of the independent label "Frenchkiss Records". Amy continues to write as well as seek out diverse and unique roles in the film industry.

Too Big to Fail