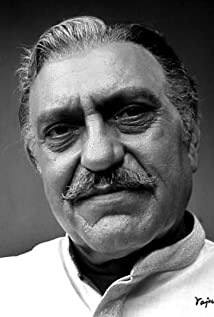 Believe it or not, Amrish Puri wanted to become a Bollywood movie hero but failed a screen test in 1954. And what a failure it was! Mr. Puri went on to become one of the most renowned and credible villains in the history of Indian cinema. His most memorable and often quoted role is the character of 'Mogambo' (with the catchphrase "Mogambo Khush Hua"). It is still remembered fondly from Mr. India (1987). Shyam Benegal cast him in movies such as Nishant (1975), Bhumika (1977), and The Churning (1976). Yash Chopra cast him in Mashaal (1984), the same year that Steven Spielberg cast him in his best-known role outside of India, as Mola Ram in Indiana Jones and the Temple of Doom (1984). His elder brother is none other than Bollywood actor Madan Puri. Amrish Puri died in Mumbai on January 12, 2005, due to a brain hemorrhage.

Police Force: An Inside Story

The Hero: Love Story of a Spy