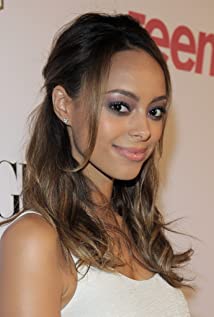 Stevens was born in Los Angeles, California. She is the daughter of actor and radio announcer Shadoe Stevens, and former model Beverly Cunningham. She has a younger sister named Chyna Stevens (Chyna Rose Stevens). She is a graduate of Beverly Hills High School. Her father is Caucasian (of Norwegian, German, English, and Dutch descent) and her mother is African-American (and part-Comanche).

The Way We Weren't