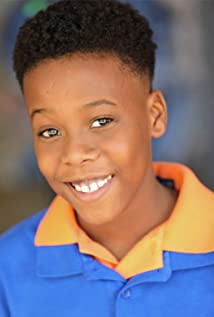 Amari O'Neil came into the world, "Dramatically", as the one minute older identical twin of actor Amir O'Neil. They both weighed in at a hefty 1 pound and 9 ounces. At the age of 3, he and his twin expressed the desire to, "be on T.V." When they turned 7, their parents decided to help them pursue their dreams. They ultimately were signed across the board with The Savage Agency. Two weeks later, they went on their very first audition for the lead role of Michael in the movie White Water (2015), directed by Rusty Cundieff and produced by Dwayne Cochran-Johnson. They landed the role with no training and only coaching from their mother! They were privileged to work alongside Sharon Leal, Larenze Tate, Barry Shabaka Henley, Lori Beth Sikes, Storm Reid, Zane Hall, and many other veterans in the industry. Soon after returning home from shooting White Water, he and his twin scored a national commercial. Amari has since gone on to guest star on many shows across many networks. But his lifetime dream and goal is to one day become a film maker and producer! And just like all of his prior goals, He WILL achieve that!