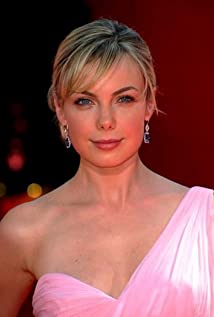 Amanda Walsh (born October 3, 1981) is a Canadian actress and former VJ for the Canadian television station MuchMusic. Walsh was born in Rigaud, Quebec. She went to Hudson High School, in Hudson, Quebec. Since the age of 12, Walsh has been working as a professional actor and dabbled in sketches and stand-up comedy, with numerous TV appearances and a gold medal win at the 2000 Improv Games in Quebec as a member of the "8 People" troupe. An honours graduate from John Abbott College, Creative Arts program (in Ste. Anne de Bellevue), she has always maintained an avid interest in TV production and music, and at 16 co-produced a documentary on the swing revival.

Ghosts of Girlfriends Past