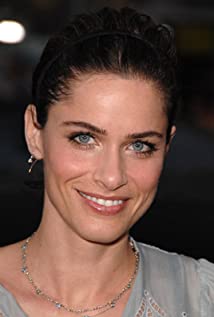 Amanda Peet was born and raised in New York City. She is the daughter of Penny (Levy), a social worker, and Charles Peet, a lawyer, and has an older sister. Her father was of mostly English and German ancestry, and her mother was from a Jewish family (from Germany, Russia, and Hungary). Peet's great-grandfathers were politician Samuel Levy and showbiz impresario S.L. Rothafel.Peet made an unconventional stage debut at the age of three, when she jumped onto the stage during a play. Yet, despite this early start, she later studied acting more as a hobby than anything else. She studied history at Columbia University, where a drama professor convinced her to audition for acting teacher Uta Hagen, with whom she later went on to study for a four-year period. During this time, she participated in the off-Broadway revival of Clifford Odets's "Awake and Sing." She supported herself during the audition phase of her career by working as a waitress and with the residual checks she received from a Skittles candy commercial. Perseverance and hard work paid off, and, in 1995, she was cast in a guest-starring role on the hit series Law & Order (1990).Her feature film debut came in 1995 with the movie Animal Room (1995). For a while afterward, Amanda continued to find steady work but also found herself appearing in a depressingly large number of indie films that were never picked up for distribution. She did, however, meet her boyfriend Brian Van Holt on the set of indie movie Whipped (2000). Her turn as the ditzy hit-woman with the heart of gold in the hit comedy The Whole Nine Yards (2000), opposite Bruce Willis, took her from supporting role status to leading lady. That same year she was voted one of the 50 Most Beautiful People in the World by "People" Magazine.

Sleeping with Other People

The Way Way Back