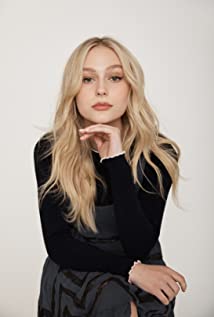 Alyvia Alyn Lind grew up in Los Angeles, in a houseful of actresses. She began her career at the age of 3 and at such a young age, has an impressive list of credits. This fall, Alyvia will be seen in the highly anticipated post-apocalyptic, genre-bending "Daybreak" for Netflix, playing the role of Angelica Green, a highly unstable kid genius. Alyvia is often recognized for playing Anna Faris's daughter in the remake of the comedy classic "Overboard." She recently completed season 2 of "Futureman" with Josh Hutcherson, produced by Seth Rogen, airing on Hulu. Currently she can be seen in the Netflix original film, "Walk. Ride. Rodeo." Alyvia is best known for her portrayal of the living legend, Dolly Parton, in the NBC Universal telefilm, "Coat of Many Colors," and immediately following, "Christmas of Many Colors: Circle of Love," which was nominated for a Primetime Emmy Award. Alyvia was recognized by the prestigious Critics' Choice Awards by being nominated in the adult category for Best Actress alongside Rachel McAdams, Kathy Bates, and Kirsten Dunst, and she was also nominated and won the Movieguide's Grace Award for Best Actress. Not only did the MOW break records with 18.6 million viewers, which made COMC the highest-rated movie or miniseries on the broadcast networks in six years, the film walked away with numerous awards, including The Tex Ritter Award and the coveted Epiphany Prize given by the Movieguide Awards. One of Alyvia's favorite parts of working on the film was singing her solos, and recording "Angel Hill," an original duet with Dolly Parton. Alyvia was also seen in the Amazon original movie "An American Girl Story - Maryellen 1955: Extraordinary Christmas" playing the lead character, a young girl who sets her mind to helping children with polio. In conjunction with the film, Aly teamed up with Lollipop Theatre Network to help bring awareness to children with life-threatening illnesses. Alyvia is also known for the much publicized, campy Lifetime movie, "A Deadly Adoption" where she enjoyed the enviable role of Will Ferrell's and Kristen Wiig's kidnapped daughter. One of Aly's career highlights was playing Adam Sandler's daughter in the Warner Bros. film "Blended" alongside Drew Barrymore and Bella Thorne. Alyvia plays the precocious and sweet 'Lou Friedman,' the youngest daughter of Sandler. Alyvia's television credits include the ABC hit series "Revenge," playing the five-year-old 'Amanda Clarke,' the wisecracking 'Charlotte,' on the Nick @ Nite comedy "See Dad Run" with Scott Baio, 'Annika,' a foreign exchange student (she learned to speak Swedish for the role) in the TNT comedy "Teachers," "Gamer's Guide" for Disney, Sasha on "Alexa and Katie" for Netflix, Lily on the Ryan Murphy Fox hit "9-1-1," and she can still be seen (since the age of 3) in the television daytime drama "The Young and the Restless" as 'Faith Newman,' in which she was Emmy nominated for Outstanding Younger Actor in a Drama Series. On the big screen, Lind appeared in Dimension Film's "Dark Skies" (2013) with Keri Russell and Josh Hamilton, and was recently seen in Universal Pictures' "Mockingbird," a thriller starring Spencer List, and the feature film "Shangri-La Suite" opposite Ashley Greene and Emily Browning in which Alyvia portrays Lisa Marie Presley. Alyvia is also known for her recurring role, 'Gracie,' on the hit Amazon show "Transparent", and the critically acclaimed "Masters of Sex" for Showtime, playing 'Jenny,' Michael Sheen's and Caitlin Fitzgerald's daughter. Alyvia grew up with two older sisters, Natalie and Emily, (both actresses) in an animal-loving home. She has a passion for dogs and her favorite pastime is being a mom to her rescued malti-poo named "Georgie." In her spare time, she likes to record songs and make movies with her sisters, practice guitar, write music and dance. Alyvia has grown up watching her mom, actress Barbara Alyn Woods ("One Tree Hill" and "Honey, I Shrunk the Kids") and looks up to her for acting inspiration.