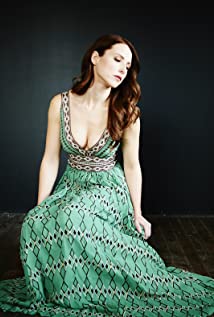 Alysa King is a Canadian-born actor, singer, and live performer. During her early childhood years, she was featured in several nationwide commercials and magazines, and later returned to the industry once she had completed her post-secondary education.Upon completing high school, she trained at Sheridan College and graduated their Theatre Arts program with honours. She then switched gears and continued on to Queen's University in Kingston, receiving her Bachelor of Arts Honours degree in Dramatic Arts and English Literature and Language, and a Bachelor of Education.While at Queen's, she remained an avid member of the theatrical community and appeared in several Kingston productions, creating new Canadian roles with the Plastic People Theatre Company's "Punchline" and Facebox Theatre's "Framed". She also had the privilege of performing in Canada's first student Shakespearean Repertory Company, Vagabond Theatre, and revamped the classic play "Romeo and Juliet", by playing Romeo as a female lead.Upon graduating, Alysa returned to film and television, and in 2014 she starred in the award-winning genre film "Berkshire County" directed by Audrey Cummings. Praised for her intense and compelling portrayal of Kylie Winters, her performance garnished her two "Best Actress" awards from festivals world-wide.Up next, Alysa is set to appear in several episodes of the highly anticipated series "Slasher", a co-production of Shaftesbury Films and Super Channel, set to air on NBC Universal's 'Chiller' in 2016. She will also be starring in Black Fawn Films' latest upcoming feature "Bed of the Dead".