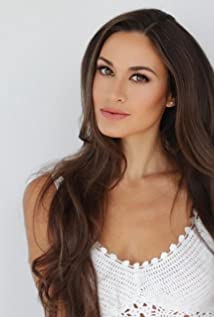 Aly Mang is a Multi-Award-Winning Filmmaker and Actress; most recently awarded, "Best Actress" 2019 at Chelsea Film Festival in NYC.Aly was born in New York, NY on January 19th. Her father, a Broadway and TV actor, was the catalyst for her love of theater and the arts; and at a young age, encouraged her formal training in drama and dance in New York City.Throughout her youth, Aly studied acting at NYC's Lee Strasberg Theatre and Film Institute, Weist-Barron Studios and at the New Jersey State Theater, The Paper Mill Playhouse. Aly later became a principle in several school, community and state theater productions.Aly attended college at Northeastern University, in Boston MA, where she dual majored in Business. While in college, just to have the opportunity to get back on a stage, she competed in the Miss New Jersey USA Pageant, placing as 2nd Runner-up.Aly graduated from Northeastern in 2008, with Magna Cum Laude Honors, and worked in Finance as an Associate for Goldman Sachs. Aly, also passionate about health and wellness, became a Board Certified Holistic Health Coach, and ultimately left her job in Finance, to start her own Holistic Health Coaching Business, "The Balanced Beauty LLC." The Balanced Beauty was created to empower, encourage and inspire women to make "healthy choices" and follow their dreams... Taking her own advice, she pursued her true love and passion of acting again.In 2014, Aly immediately landed roles in network television and in feature films. She became a member of SAG-AFTRA, after playing roles opposite James Franco in his AOL Original Series, "Making A Scene, Season 2," which received an Emmy Nomination for "Outstanding Short Form Variety Series."She was later accepted as an advanced acting student in James Franco's NYC Master Class, where she learned the art of making a feature length anthology film. This education inspired her to write, direct and produce her own SAG-AFTRA short-film entitled, "Roaring Tides."Her film debut became an official selection at various prestigious film festivals and Aly was awarded "Best New Director" at NYC Chain Film Festival and was the Winner of the "Best Female Filmmaker" Award for Best Shorts Competition.Combining her primary focus of TV/Film with original love of musical theater, Aly also writes and directs "short-film" narratives through song. Her latest work was directing and producing a cover of song, "Mad World" for a Mental Health Awareness campaign. Aly also writes original music and is a published Singer/Songwriter with BMI. Two of her original songs will be part of an upcoming television show.Furthering her career, Aly has continued to train with the best in the business; Academy Award, Golden Globe and Emmy Winning Olympia Dukakis (advanced scene study/acting technique), David Van Asselt (theater), Aitor Basauri (clown/comedy), Ted Sluberski & Devin Shacket (TV/film) and ongoing enrollment at Upright Citizens Brigade (UCB, Improv/Comedy); However, she attributes most of her training to on-set experiences; most notably from legendary Saturday Night Live, John Wick 2 and in dramatic roles as "Violet" in western thriller "Deadman Standing", as "Sheila" on ABC's "Quantico" and as "Ann Weis" opposite Brendan Sexton, DMX, and James Russo in the upcoming psychological thriller, "Chronicle Of A Serial Killer. In addition to acting, Aly has also modeled for major brands Rebecca Taylor, Jovani, Sherri Hill, Ellie Wilde, Hailey Lyn and Hilton Hotels.Recently named, "A Star On The Rise," and "One to watch," after her leading "Best Actress" win, Aly says, "I am grateful to do what I love and feel I am still just getting started."For additional details, full resume and latest updates visit her official website: alymang.com or: @aly_mang