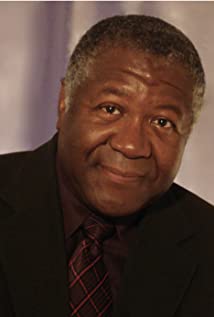 Alvin Sanders was born March 16, 1952, in Oakland, California. He was a performer from an early age (church choirs, talent shows, school plays) and in 1968 became a devotee of The Seattle Repertory Theater. "Devotee" was a fancy name the Seattle Rep (and the Actors' Equity Association) created for unpaid actors. They worked out a deal with the public school system that allowed students to perform in their shows in return for high school credits. For every 200 hours the student was involved in rehearsal and performance at the theater, he received 1/2 a credit toward graduation. The student also got a chance to work with professionals, to see and discuss with them the theater lifestyle.Alvin earned 1-1/2 credits over two years performing with the Seattle Rep. In 1969 (while still in high school and working at the Rep) he was a founding member of Black Arts/West Theater. By 1973 this theater (it disbanded in 1980) had become one of the largest black theaters in the US, second only to The Negro Ensemble Company in New York. The Black Arts/West company performed year-round in their theater, as well as touring all over the Northwest (Washington, Oregon, Idaho). Alvin was involved in all aspects of the theater--directing, designing, administration. But his number-one job was acting. In 1970 he left Seattle to go to Carnegie-Mellon University in Pittsburgh, Pennsylvania, the longest-running collegiate, professional actor training program in North America. He left Carnegie to work the 1972-73 season of Chicago's Free Street Theater, but returned to graduate in 1975 with a BFA (drama/acting).Alvin did his first SAG gig in 1973 (Cinderella Liberty (1973)) and joined Actor's Equity in 1975 with a gig at Actor's Theater of Louisville (he played Petruchio in a school tour of "Taming of the Shrew"). In the summer of 1984 he went to Barkerville, British Columbia, Canada to portray Wellingon Delaney Moses (a black barber in 1860s Barkerville) in a musical at The Theatre Royale. He also fell in love, and his entire life changed. In the fall of 1984 Alvin married the stage manager of the show in Barkerville and moved to Vancouver.Alvin is now a dual U.S./Canadian citizen and since arriving in Vancouver has done several Vancouver theater-award-winning roles, lots of TV and film, an abundance of animation voice work, and many Canadian and US national commercials.

A Taste of Summer