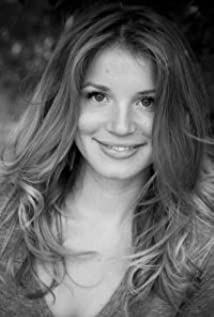 Allison Brennan holds a B.A. with Honors in Theatre from the University of Ottawa. During her school time she became a member of the world's oldest diner theatre troupe (Eddy May) and performed in the NAC's production of The Odyssey (dir, Kim Selody). It was during The Odyssey that she met Michael Dobbin who encouraged her to audition for the American Conservatory Theatre (ACT)'s three-year MFA program specializing in classical acting training.In 2006 she moved to San Francisco where she joined the MFA class of 2009 at ACT and the three years immersed in a seventeen-person ensemble impacted her life enormously. This experience exposed her to the strengths and weakness, and creative processes and backgrounds of a perfect cross section of actors from all over the United States. She happily spent a summer as a company member at California Shakespeare Theatre, landing a role in Shakespeare's Pericles (dir. Joel Sass), as well as playing Lady Basildon in Oscar Wildes' An Ideal Husband (dir. Jonathon Moscone).Since returning to Toronto, Canada in 2010, she's enjoyed a career in film, television and theatre. She has appeared in several national commercials and was on the cover of Canadian Running Magazine, as well as the Canadian Living Magazine. Film and TV credits include, appearances on Warehouse 13, Breakout Kings, movies of the week Certain Prey, Girl's Best Friend, as Dominique in The Husband She Met Online and as Serena, in Lifetime's Be My Valentine with Steven Baldwin. In the summer of 2013 she shot the feature films, De-bug and Tell the World (both in post production) as well as playing Cindy in Dr. Cabbie (released June 2014). She has also participated in a number of Canadian Film Centre (CFC), student productions. It was on a CFC film (Sans Desserts), that she met and be-fronted fellow actress, Nicki Gallo. The two would go on to develop, write, produce and perform in the fringe festival hit Camp Shecky: A Play on a School Bus in 2011. Last fall she returned to the stage again, this time in the Royal Manitoba Theatre Centre's season opener, Venus In Fur (dir. Christopher Brauer). Allison was recently honored to work closely with Sir Ben Kingsley playing his assistant in the feature film LIFE (to be released 2015). She returns to Ottawa this summer to play opposite actor Al Sapienza in a short film she wrote, produced and directed called An Unromantic Film about Sex and Love (post).From 2012 to 2014, Allison was the writer and editor of the Ontario Fire Fighters Safety Magazine and the Children's Drug and Safety Awareness Magazine. During this time, she became increasingly aware of the social injustice regarding poverty in North America and the statistics around fire deaths in Ontario. She continues to write, research and fund-raise to bring awareness to the systemic problem and considers empowering herself and following her dreams as being apart of a solution.The eldest of three, she grew up playing guitar and writing folk songs in true Ottawa Valley fashion. She became a first time cat-mom to a little ginger cat named Strawberry (to be featured in her first short film, An Unromantic Film about Sex and Love (post).

The Husband She Met Online