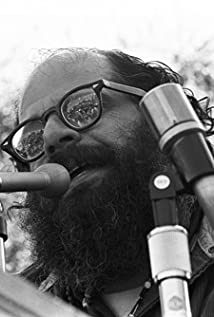 Louis Ginsberg, the moderate Jewish Socialist and his wife Naomi, who was a radical Communist and irrepressible nudist are the parents of Irwin Allen Ginsberg, the poet and man of many other things eg. actor. Poems he written eg. Howl, Six gallery, Sunflower Sutra ... His themes: drugs, against Vietnam War, politics, "beat generation", hippies, buddhism, ... In 1970 he met with a Tibetan guru and he accepted Trungpa Rinpoche as his personal guru. He created a poetry school 'Jack Kerouac School of Disembodied Poetics'. He has remained active, publishing poems, realising musical recordings. He published a book with his own photos.

Pink Floyd: Behind the Wall

William S. Burroughs: A Man Within