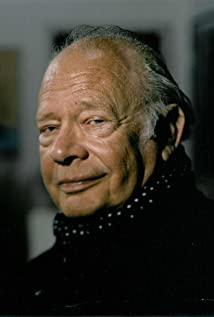 Allan Rich is one of the busiest and most recognizable character actors, in Hollywood today, working in all arenas - stage, film and on the small screen.So far, in 2006, Allan has been featured in "My Sexiest Year," opposite Frances Fisher and Frankie Muniz, and been interviewed for the documentary "Troupers." Last year he appeared in three soon to be released features. "Rise" with Lucy Liu and Michael Chiklis, "Lies & Alibis" with Steve Coogan and Rebecca Romijn, and "The Man in the Chair," with Christopher Plummer. Recent Independent features include "The Burial Society" with David Paymer, "The Dog Walker," and "Intoxicating" with John Savage. Other feature film credits include Steven Speilberg's "Amistad," "Disclosure" (as Demi Moore's attorney), and Robert Redford's "Quiz Show." Critic Gary Franklin hailed his performance as Robert Kintner, President of NBC, `one of the Top Five of the Year.' Additional notable performances include the role of Dr. Belfonte, opposite Robin Williams in "Jack," and Bill Adolphe (Halle Berry's lawyer) in "A Rich Man's Wife." Recent television credits include "Curb Your Enthusiasm" as a holocaust `Survivor,' "Living With Fran," "NYPD Blue," "Judging Amy," "CSI," and "The Division."Allan began his distinguished acting career as a teenager in New York, working with immortals such as Edward G. Robinson, Claude Raines, Ralph Bellamy, Jack Palance, Kim Hunter, Milton Berle, and Henry Fonda. He was enjoying the fruits of his labor until, without warning, his dreams were shattered when the McCarthy Era fell upon the nation and Allan was caught up in the `Red Scare' and blacklisted. With no income, a family to support and with little training outside of the acting profession, Rich cajoled his way onto Wall Street. After five years of buying and selling, he decided to open his own brokerage firm and with fervor, began to collect fine art. With the same drive and determination to master yet another field of endeavor, he soon became an expert in modern art, opening Allan Rich Galleries on Madison Avenue, where he began selling major paintings to important collectors and publishing lithographs of Miro, Calder, and Salvador Dali. His experience with Dali, in 1970, led him to co-write a screenplay "Memories of Surrealism."Despite his enormous success outside of the entertainment field, Rich, separated from his professional passion, returned to the stage in Ron Ribman's "Journey of the Fifth Horse," with a young Dustin Hoffman. He re-launched his film career in 1973 playing the D.A. in "Serpico" with Al Pacino. One of his main scenes was shown on the Academy Awards. Rich took out ads in the trades and received one call from John Crosby at ICM, who helped reestablished his reputation and went on to appear in more than 75 television shows, MOWs and 68 features that also include "Frances, "Eating Raoul," and "Guilty By Suspicion."After years of teaching, Allan has developed his own acting technique, his book A Leap From the Method will be published this fall by Author House. Some of his more famous students include Sharon Stone, Jamie Lee Curtis, Rene Russo, Donna Dixon, Jack Scalia, Alan Thicke and Larry Miller.In addition, in 1994, Rich co-founded We Care About Kids, a non-profit organization that produces live action educational short films for middle and high school youths on socially relevant topics and has received praise for its efforts from President Clinton, Senator Diane Feinstein, former Speaker of the House, Richard Gephardt, former Governor Gray Davis and poet Maya Angelou. The organization is currently raising money for a new film on child abuse entitled "In the Room."

Wish I Was Here