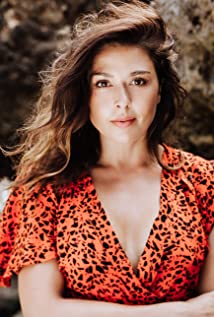 Canadian Actress Aliyah O'Brien has been seen guest starring in episodes of NBC's Taken, Audience Network's Ice and recurring in Freeform's Beyond, but will soon be taking on the series regular role of the strong, smart and sassy Detective Christine Rollins in ABC's straight-to-series light crime procedural Take Two, alongside Rachel Bilson and Eddie Cibrian. The series follows the former star of a hit cop series who's fresh out of rehab following a bender and her fresh start shadowing a rough-and-tumble private investigator. Along with an extensive resume in television, Aliyah has appeared opposite actors Rob Lowe and Thomas Lennon in the Paramount feature film Monster Trucks, and has landed numerous leading roles in movies such as Hallmark's An Ice Sculpture Christmas, Engaging Father Christmas,While You Were Dating, and Lifetime's Forced Exposure. Aliyah has been anything but typecast and has proven she thrives in a variety of roles. She masterfully plays the bad-ass, like in her recurring role as a covert bad girl in the Syfy series Ascen-sionor the loving mother in the Syfy's Continuum. And of course there is the fan favorite recurring guest role on ABC's Rookie Blue where she plays the confident, fun, and grounded forensic pathologist Holly Stewart. Aliyah's other film and television credits include roles in Crash Pad, starring Domnhall Gleeson and Thomas Hayden Church, Warner Brothers' If I Stay starring Chloe Grace Moretz, Disney's Tomorrowland starring George Clooney, her lead role on CBC's Men with Brooms, Sanctuary, Smallville, Supernatural, and Psych. Though Aliyah's passion for kinesiology was redirected to acting while in university, she stays highly active by practicing yoga, boxing and ecstatic dance. She also enjoys meditation, traveling and advocating for more love, joy and positivity in the world through social media and various endeavors.