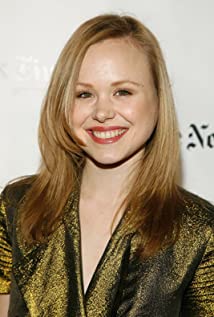 Alison is a Canadian born TV, film and theater actress.She was born in Toronto, Ontario. Her father, who is Estonian, is a financier. She attended Vaughan Road Academy, and decided she wanted to be an actor when she was age 10. She was a member of the Toronto Children's Chorus and was chosen to narrate one of their performances. From there, she gained a job narrating children's audio books.She achieved her first on-screen role as a background performer on Kung Fu: The Legend Continues (1993), after which, she got herself an agent. She was booking roles successfully from the age of 11. She later moved to New York to pursue roles in theater, where has enjoyed much success. She earned a Tony nomination for her performance in The Lieutenant of Inishmore. She is also very much enjoying life as a TV and film actress. Her breakthrough film role came with Scott Pilgrim vs. the World (2010). In 2012, she is playing Maggie Jordan in Aaron Sorkin's TV show The Newsroom (2012).

To Rome with Love