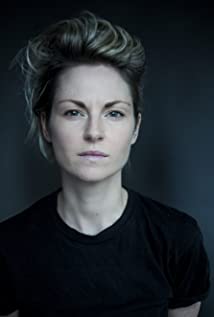 Born in Pointe-Claire Quebec (Canada), to a French father and a Ukrainian mother, Alika Autran expressed her desire to become an actress at a very young age.She spent most of her childhood on stage dancing for a professional ballet company, as well as studying acting at The Actors Studio in Montreal. She later on became a fashion Model in Milan, Montreal and Toronto.In 2002, Alika moved to Banff Alberta to teach snowboarding. She soon became the host of Ride Guide TV snow on Extreme Channel. She's an avid snowboarder and skier.Alika is known for her work on Netflix Original series; Altered Carbon (2018). Dustin Lance Black's When We Rise, directed by Dee Rees (2017), The 100 (2016), Supernatural (2014) and Residue by Rusty Nixon (2016). She has since been in many features and short films. In May 2012, she starred in Like Smoke, a short film that was selected for the Short Film Corner at Cannes Film Festival. It soon went on to win Best Human Rights Film in Amsterdam and was part of the Official Selection at the New York Indian Film Festival. In 2016 she was nominated for best supporting actress at the Berlin film festival for her role in The Road to Tophet.