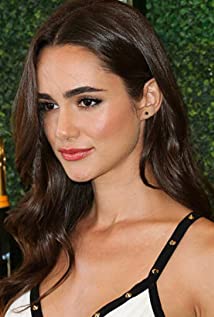 Hailing from Ceuta, Spain, Alicia Sanz has been acting ever since she can remember. She began her career at a very young age taking classes in her hometown at the Dramatic Center of Ceuta. It wasn't long until Alicia landed her first lead role at the age of 8, beginning what was sure to be a very successful career. At 18, Alicia moved to Madrid to study at the prestigious acting studio, Juan Carlos Corazza - the same school where Academy Award Winner Javier Bardem began his training. Soon after, Alicia made her television debut as Lucía Elízondo Cortés on Antena3 Network's hit drama "Gavilanes" in 2010. Ever since then Alicia has continued working with Anena3 in popular series such as 'Bandolera', 'Amar es para Siempre', and 'Con el Culo al Aire'. She has also been seen in the Spanish teen drama 'La Pecera de Eva' and short films such as 'The Nephew' and 'Signs' among many others. Alicia is currently starring as 'Melek' in TVE1's hit series 'Cuentame' Presently splitting her time between Madrid and Los Angeles, Alicia is excited to make her US debut as Paloma Iglesias in director Robert Rodriguez's series, 'From Dusk Til Dawn'.