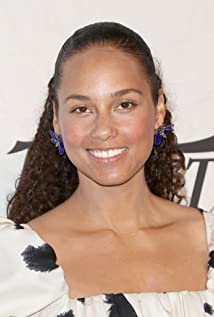 Alicia Keys was born in Hell's Kitchen, Manhattan, to Terria Joseph (née Teresa M. Augello), a paralegal who was also an occasional actress, and Craig Cook, a flight attendant. Her father is African-American and her mother, who is Caucasian, is of Italian and English/Irish/Scottish ancestry. Alicia began taking piano lessons at age 7 at her mother's insistence. She proved to be such a prodigy that she was later accepted into the prestigious Professional Performance Arts School of Manhattan, where she majored in choir. Not only her musical talent but also her grades proved to be so exceptional that she was allowed to graduate, as valedictorian, at age 16. In 1998, she signed with Arista Records, and wrote, produced, and recorded her own albums. In 1999, she left Arista to join J Records, headed by legendary music impresario Clive Davis, and her success has been meteoric. Her 2001 debut album, "Songs in A Minor," sold 6 million copies and garnered five Grammys. Her album "Diary" won her four more Grammys in 2005.

Kim Dotcom: Caught in the Web