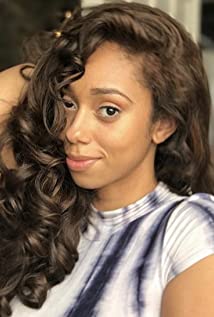 Alice Cronin "aka" Alice Rose was born in Voorhees, New Jersey in 1992. The stunning African and Irish actress /model takes center stage among the urban modeling scene for her natural looks and unique curvy figure. Alice attended Catholic school from K to 12th grade. Always breaking from the pack Alice's personality and looks made her a star. During her tenure at Gloucester Catholic High School she studied drama and was a fan favorite to whomever she had come in contact with for modeling competition throughout the state. Alice prides herself on education taking an Interest in world history, reading writing psychology, autonomy and is a proud vegan. Alice graduated and then attended Drexel University majoring in Nursing and Psychology. During her tenure at DU Alice realized her desire and passion for the stage had not left. She took a leave of absence in faith to further her career and it paid off. In 2014 at the age of 22 she met film director and movie producer Joshua Coates. From a casting call Joshua choose Alice for the lead role of "Lilith" in the Movie "But Deliver Us From Evil" which wrapped in February 2015. She stars side by side with actors Eric Roberts, Pooch Hall, Thorston Kaye and Grant Harvey. Alice's dream is to work in ALL fields of acting and modeling hoping to break away from the pack and setting a new trend and brand in entertainment.

But Deliver Us from Evil