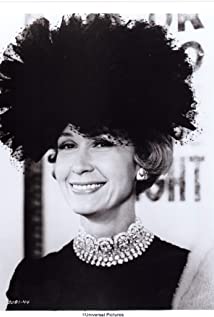 A long long career. 140 roles in films ('I Want to Live', 'The Glory Guys', 'The Cat from Outer Space'...) and on television ('Bachelor Father', 'Alfred Hitchcock Presents', 'Lux Video Theatre'...). And many many radio shows ('This Is Your FBI', 'Dangerous Assignment', 'Suspense, 'The Whistler '...). There is no denying Alice Backes was a hard worker. Not to mention the fact that she was a gifted violinist, that she joined the Women's Branch of the Naval Reserve during the War, and that she contributed all her adult life to various charities, including after she retired from acting. Born in 1923, young Alice graduated from high school before attending the University of Utah. After the War, Alice Backes decided to move to Hollywood where she quickly earned small parts in films, TV series and radio programs. From then on - and for nearly five decades - she would work steadily, specializing in character roles. Her rather commonplace physical appearance (though she was tall by Hollywood standards) enabled her to get effortlessly inside everyday life characters such as nurses, doctors, dentists, librarians, waitresses, judges, farmer's wives... Only once in her career did she embody a historical character, and that was Hedda Hopper, in 'Gable and Lombard'. Alice Backes finally retired in 1997 after a last appearance in a 'Columbo' episode, a nice vehicle for a last hurrah. She died ten years later.