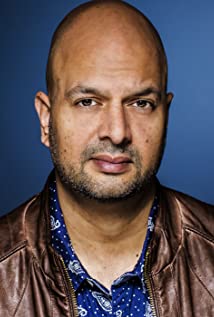 Ali Hassan is an Actor and Stand-Up Comedian, based in Toronto, Canada.He has had recurring roles on a number of television shows, including: Designated Survivor (ABC), Cardinal (CTV), Odd Squad (PBS Kids), Game On! (YTV) and Man Seeking Woman (FXX). Ali has also starred in 3 films - French Immersion, Breakaway and GOON.Ali is the host of 'Laugh Out Loud' on CBC Radio and SiriusXM, a show with a listenership of over 1 million people. Ali is also a frequent guest-host on 'q', a premiere arts and entertainment show airing on CBC Radio and NPR. He was also the Lead Comedy Panelist on the new 'George Stroumboulopoulos Tonight' show on CBC Television, shooting more than 160 episodes over the 2012-2013 season.As a comedian, Ali tours internationally with his solo show, 'Muslim Interrupted'. He has been nominated for a Canadian Comedy Award for Best Breakout Artist. He has performed at the Montreal Just for Laughs Festival, JFL42 in Toronto, the Winnipeg Comedy Festival and twice at the Amman Stand-Up Comedy Festival - the first ever comedy festival to take place in the Middle East. In 2015, Ali was also awarded "Comedian Of The Year" by Anokhi Media, the top South Asian lifestyle and entertainment publication.