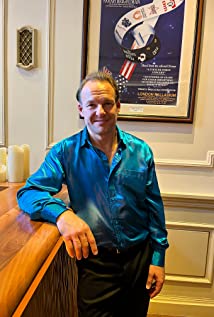 Alfredo Julio Moreno Tavares, was born in Aveiro, Portugal, to Maria Deolinda Ramos and Valdemar Tavares Ramos, both Portugueses. His mother died when he has only 5. After have seen some movies with Bruce Lee and Chuck Norris he starts doing martial arts: Karate and Kickboxing and later he becomes black belt. He attends the University of Porto, Portugal in 1992 and in 1997 he receives his Electronic Engineer Diploma. In 1999 he moves to Paris to find a better life and he marry with his ex-wife Carla Barata. They have two boys, Alexandre Tavares, born in 2001 and Nicolas Tavares, born in 2004. In 2016 he receives his MFA In Acting and Theatre at the University Cours Florent, Paris, France. In 2017 his father died and he moves to Los Angeles, CA. In 2018 he receives his One Year Acting For Film Conservatory at New York Film Academy in Los Angeles. He has an older half sister, Isabel Osorio. He speaks English, French, Portuguese, Spanish and some Italian.

The Last Letter from Your Lover