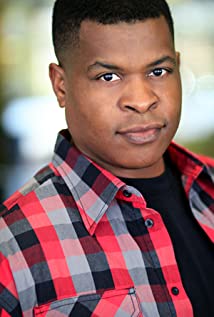 Alfred Adderly is an American actor and comedian. Born in Miami Florida to hardworking and structured parents. Born Alfred Nicardo Adderly, III to an ordained minister, Nicola (nee Williams), and WWII veteran, Alfred Adderly, Jr. He is of Bahamian and Native American (Choctaw) heritage. Alfred was raised in a middle-class family and attended public school.He began acting in school theater productions at John F. Kennedy Junior High. At age 17, he enlisted in the United States Navy. After his active duty service, Alfred relocated to Wolfville, Nova Scotia, Canada. While enrolled at Acadia University, he joined a theater troupe and began to hone his craft. His first professional roles were on stage in Canada and in 2005 he returned to Miami and starred in several national commercials for (Nextel), (Audi), and (Sony) to name a few. More TV work followed as well as a few movie appearances. Adderly played Pvt. Geiger in Tentacle 8 (2014), and within the year he landed a hilarious role of Mitch, in Killing Hasselhoff (2016) Resuming his work on TV, Adderly played a memorable recurring role as, Malcolm, on Criminal Minds (2017).Alfred is known as a well-rounded versatile actor. His ability to play everything from a police officer to a Black Panther Party social activist shows his dynamic range. His positive attitude and willingness to be vulnerable are unmatched. His bankable talents can be seen on various outlets throughout the media diaspora. Criminal Minds (2017), Girlfriends Guide to Divorce (2017), A .45 at 50th (2010) alongside James Cromwell, to Shameless (2016). Alfred continues to shine on and off-screen.