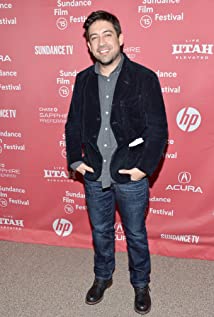 Alfonso was born and raised in Laredo, Texas on the US/Mexico border. He received his BFA from NYU and his MFA from AFI. He began his career as personal assistant to Martin Scorsese, Nora Ephron, Robert De Niro and Alejandro Gonzalez Inarritu. He has gone on to direct second unit for Ms. Ephron, Inarritu, Scorsese, Kevin Macdonald, Ryan Murphy and Ben Affleck (on the Academy Award-winning "Argo"). He has directed acclaimed episodes of Glee and American Horror Story, as well as numerous national commercials for the likes of T-Mobile and Chevrolet (Super Bowl). He was nominated for an Emmy for Outstanding Directing For a Miniseries for "American Horror Story: Coven," as well as for Outstanding Miniseries as the show's Co-Executive Producer. He also directed the pilot for Fox's "Red Band Society" which was picked up for series. He just finished work on his second feature, Me & Earl & the Dying Girl for Indian Paintbrush, which won both the Grand Jury Prize and the Audience Award in the US Dramatic Competition at Sundance Film Festival 2015.

The Town That Dreaded Sundown