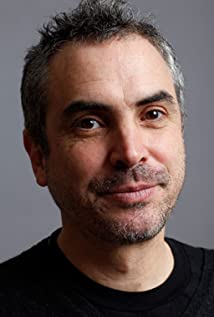 Alfonso Cuarón Orozco was born on November 28th in Mexico City, Mexico. From an early age, he yearned to be either a film director or an astronaut. However, he did not want to enter the army, so he settled for directing. He didn't receive his first camera until his twelfth birthday, and then immediately started to film everything he saw, showing it afterwards to everyone. In his teen years, films were his hobby. Sometimes he said to his mother he would go to a friend's home, when in fact he would go to the cinema. His ambition was to know every theatre in the city. Near his house there were two studios, Studios Churubusco and Studios 212. After finishing school, Cuarón decided to study cinema right away. He tried to study at C.C.C. (Centro de Capacitación Cinematográfica) but wasn't accepted because at that time they weren't accepting students under twenty-four years old. His mother didn't support that idea of cinema, so he studied philosophy in the morning and in the afternoon he went to the C.U.E.C. (Centro Universitario de Estudios Cinematográficos). During that time he met many people who would later become his collaborators and friends. One of them was Luis Estrada. Cuaron also became good friends with Carlos Marcovich and Emmanuel Lubezki. Luis Estrada directed a short called "Vengance is Mine", on which Alfonso and Emmanuel collaborated. The film was in English, a fact which bothered many teachers of the C.U.E.C. such as Marcela Fernández Violante. The disagreement caused such arguments that in 1985, Alfonso was expelled from the university.During his time studying at C.U.E.C. he met Mariana Elizondo, and with her he had his first son, Jonás Cuarón. After Alfonso was expelled, he thought he could never be a director and so went on to work in a Museum so he could sustain his family. One day, José Luis García Agraz and Fernando CáMara went to the museum and made an offer to Cuarón. They asked him to work as cable person in "La víspera (1982)", a job which was to prove to be his salvation. After that he was assistant director in Garcia Agraz's "Nocaut (1984)", as well as numerous other films.He was also second unit director in "Gaby: A True Story (1987)", and co-wrote and directed some episodes in the series "A Hora Marcada (1967)". One New Year's Eve, he decided he would not continue to be an assistant director, and with his brother Carlos started writing what would be his first feature film: "Sólo con Tu Pareja (1991)" (Love in the time of Hysteria). After the screenplay was written, the problem became how to get financial backing for the movie. I.M.C.I.N.E. (Instituto Mexicano de Cinematografia), which supports movies financially, had already decided which projects it would support that year, much to Alfonso's initial chagrin. However, the director of one of those already-chosen projects was unable to direct it, so his project was canceled, and "Sólo con tu pareja" took its place. Despite this being chosen, there was a lot of tension between Alfonso and the I.M.C.I.N.E. executives. Nevertheless, after the movie was finished, it was a huge success. In Toronto festival the films won many awards, and Alfonso started to be noticed by Hollywood producers. Sydney Pollack was the first one to invite him to shoot in Hollywood. He proposed a feature film to be directed by Alfonso, but the project didn't work and was canceled. Alfonso moved to Los Angeles without anything concrete, and stayed with some friends, as he had no money. Soon after that, Pollack called him again to direct an episode called "Fallen Angels: Murder, Obliquely (1993)" of the series "Fallen Angels (1993)", that was the first job he had in U.S., and also the first time he worked with Alan Rickman.After a while, and no real directing jobs, Alfonso wanted to direct something as he needed money. He finally signed a contract with Warner Brothers to direct the film Addicted to Love (1995). However, one night, he read the screenplay for another film, A Little Princess (1995) and fell in love with it. He talked to Warner Brothers and after some meetings he gave up directing "Addicted to Love" in order to do "A Little Princess". Even thought it wasn't a great box office success, the film received two nominations for the Oscars, and won many other awards. After "A Little Princess" Alfonso developed a project with Richard Gere starring. The project was canceled, but Cuarón got an offer from Twentieth Century Fox to direct the modern adaptation of the Charles Dickens' classic Great Expectations (1998). He initially didn't want to direct it but the studio insisted, and in the end he accepted it. The experience was very painful and difficult for him mainly because there was never a definitive screenplay.He then reunited with producer Jorge Vergara and founded both Anhelo Productions and Moonson Productions. Anhelo's first picture was also Alfonso's next film, the erotic road movie "Y Tu Mamá También (2001)", which was a huge