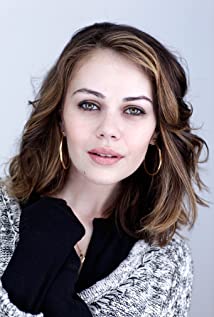 Dziena studied theatre in New York at The American Academy of Dramatic Arts and NYU's Tisch School of the Arts, where she wrote and acted in plays and was cast in her first role on television at the age of 17.From 'E's' crazy, jealous girlfriend on HBO's Entourage to 'Lolita' parading around in the buff for Bill Murray in Jim Jarmusch's film Broken Flowers, Alexis Dziena has played a wide range of wonderfully colorful characters in both film and television.In the upcoming feature Without Ward for director Cory Cataldo, Dziena plays a deaf girl who falls in love with the man who lives across the street. Confined to their homes and never physically touching, they communicate through their windows, as love prevails. Alexis portrays a promiscuous pizza girl looking for love in Wrong from visionary filmmaker Quentin Dupieux for Drafthouse Films.She has played notable roles in such films as When In Rome, Fool's Gold, Nick & Nora's Infinite Playlist, Sex and Breakfast, Havoc and Strangers With Candy.Alexis starred opposite Marcia Gay Harden in the coming of age movie for cable entitled She's Too Young. She was a regular on the ABC series Invasion and is still asked if she can do an American accent because of the memorable Russian girl she played on Law & Order early in her career.