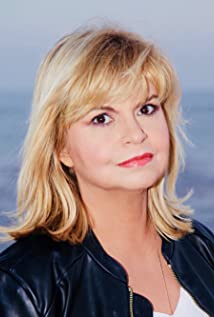 Alexia Melocchi had a successful career in the international marketplace, as both a sales agent and buyer's representative for international distributors, giving her diverse exposure to all types of films and functions in the entertainment industry. As consultant she works on packaging films, securing co- productions and arranging for Distribution of several projects of her clients using her expertise and a global film marketing approach.Born in Italy but raised in the United States, Alexia Melocchi has always had a passion for young Talent and has focused all her efforts to promote local and international writers, directors, producers as well as quality films in the world.Alexia Melocchi is fluent in five languages and in her boutique roaster Italian film makers Marco Della Fonte and Andrea Lodovichetti, International best- seller author Valerio Manfredi (The Last Legion), WGA writer Anton Diether (Moby Dick miniseries) , and Extreme Make Over producer Jay Hix Jones.In 2012 she produced the film "Stealing Roses" starring John Heard, Bruce Davison, Cindy Williams and Josie Davis, sold internationally by WFE. In 2013 she was co- producer on the short film "Seguimi" (Follow Me) which was an official entry at the Palm Springs International Short Film Festival and the Napa Valley Film Festival. Her 2014 feature film "Ice Scream" is in post production which she developed and produced, starring Spencer Treat Clark, Laura Harring and Wade Williams, as well as the documentary "Return to Happiness" about a turning point in the life of a professional Canadian Hockey player and reformed marijuana smuggler.Through Little Studio Films, she is attached in a producer role to several projects including "Woody, Cisco and Me" a biopic on legendary folk singer Woody Guthrie to be directed by Mimi Leder ("The Peacemaker"), the action thriller "Bustin Palermo" with producer Marty Katz, the sci -fi thriller "Invasion" to be directed by Mick Garris, and"Dear Mister Obama" to be directed by Andrea Lodovichetti with Antonio Banderas as well as the European mini series "Gang of Dreams" based on the best seller book by Luca Di Fulvio, in partnership with producer Jan Fantl.Alexia is also an Advisory Board Member of the Los Angeles Greek Film Festival and frequently invited on Industry panels to speak about the global marketplace, most recently at SEE FEST 2013 and the Los Angeles Greek Film Festival 2014, and has been retained on numerous occasions as an expert consultant on the Entertainment Industry for Gehrson Lehrman Group in New York.Through Little Studio Films she is a Sponsor to The Hungry Fish Media Ministry, a Christian Media boot camp where its young students get the opportunity to learn practical knowledge about film making and to create visual stories to share their message of faith.