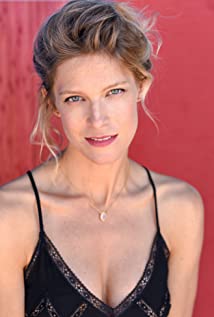 Alexia Barlier is a French and New-Zealander actress born and raised in Paris and now living between Los Angeles and Paris. She is most known for playing the mysterious Eve Mendel in the award winning French mini series The Forest (La Forêt - 2017) on Netflix, the CIA agent Sona Jillani in Michael Bay's 13 Hours - the Secret Soldiers of Benghazi for Paramount Pictures (2016) and Eva Blum, the female investigating cop in the very popular TV show Falco (TF1) for four seasons. Alexia grew up with French and Anglo Saxon culture, her New-Zealander ballet dancer mother and her French Art Dealer father speaking both languages at home. She started theater at school when she was 14 and landed her first part at 18 in the feature film 24h in the Life of a Woman, alongside Michel Serrault and Bérénice Béjo. Since then, she has worked on numerous feature films, plays, TV movies and is now well established as a lead actress in French Televison.

What We Did on Our Holiday