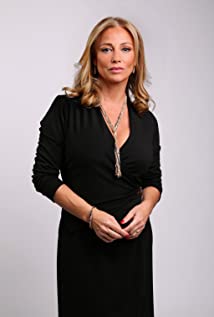 Alexandra Lencastre was born in Lisbon, in 1965. She's one of the most talented and most popular Portuguese actresses. As a Philosophy student, became interested in the experience of a theatre group from the University. She left Philosophy and began her acting studies at the Theater School (Conservatório), in Lisbon. It was with the play 'Frei Luís de Sousa', directed by Jorge Listopad, that her acting career really began, winning an award for best revelation. Since then, she worked with some of the main directors of the Portuguese theater, including Carlos Avilez, João Lourenço and José Wallenstein. She began working in television, on the Portuguese version of 'Sesame Street'. Later, in television, both in fiction (including some very popular telenovelas) and entertainment features (such as the polemic interviews of 'In Bed With..'), she became a star for Portuguese audiences. Since 1990, with Lovely Child (1990), by João Canijo, her film career developed, working with directors like João Botelho, João Mário Grilo and Teresa Villaverde. Her most important success, both with audiences and critic, is O Delfim (2002), directed by Fernando Lopes. In the same year, she worked with Javier Bardem in The Dancer Upstairs (2002), directed by John Malkovich. In 2003, she was again a great success in TV, with Ana e os Sete, Portuguese version of a Spanish series. With Rogério Samora, in O Delfim, Alexandra Lencastre defined a new pair for the Portuguese cinema; they met again in Lá Fora (2004), also directed by Fernando Lopes.