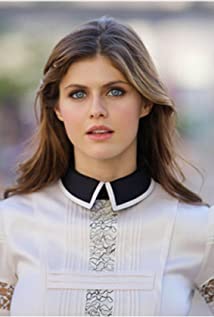 Alexandra Anna Daddario was born on March 16, 1986 in New York City, New York, to Christina, a lawyer, and Richard Daddario, a prosecutor. Her brother is actor Matthew Daddario, her sister is actor Catharine Daddario, and her grandfather was congressman Emilio Daddario (Emilio Q. Daddario), of Connecticut. She has Italian, Irish, Hungarian/Slovak ancestry. She wanted to be an actress when she was young. Her first job came at age 16, when she got the role of "Laurie Lewis" on All My Children (1970). Alex co-starred, with Logan Lerman and Brandon T. Jackson, in the role of Annabeth Chase in the Percy Jackson movies, Percy Jackson & the Olympians: The Lightning Thief (2010) and Percy Jackson: Sea of Monsters (2013), which were based on Rick Riordan's best-selling teen books. At the end of 2012, Alex starred in the music video, Imagine Dragons's "Radioactive".Alexandra became more known in the 2010s, as she starred as Blake Gaines in earthquake film San Andreas (2015), alongside Dwayne Johnson, and in the films Hall Pass (2011), Texas Chainsaw 3D (2013), and Baywatch (2017). She has appeared on many TV series, including White Collar (2009), It's Always Sunny in Philadelphia (2005), and American Horror Story (2011): Hotel. In 2014, Daddario gained attention for her role on the first season of the HBO series, True Detective (2014).

Can You Keep a Secret?