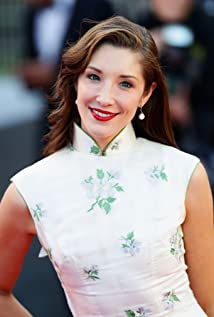 Alexandra Anthony is a multi-talented actress, writer/director and dancer she has performed all over the world for both stage and screen.Most recently Alexandra starred in the indie feature Fantastic, which premiered at the prodigious 66th Berinale Film Festival. She also starred in the award winning Halfway to Hell and earned acclaim in her role as a trans-gendered man. Other feature film roles include Dark Skies starring Keri Russell and J.K. Simmons and Chicago Eight starring Philip Baker Hall and Danny Masterson. On stage she toured the United Kingdom in The History of the Big Bands starring alongside Darius Campbell, which brought audiences back to the magic of the Big Band Era. She is a graduate of the prestigious American Repertory Theater at Harvard University with a Masters in Fine Arts, performing at the renowned Moscow Art Theater in Russia.Alexandra's most recent project is the original web-comedy The Last Follies Girl, written directed and created by Alexandra. It's a dark comedy about a burlesque dancer in a 1930's speakeasy and the mysterious deaths of the showgirls in the club, each showgirl is an original character played by Alexandra. She produced and starred in Plus One and OMgasm, her directorial debut. She produced and starred in Extropia, the avant garde "musical in a world without music" which earned critical acclaim in Los Angeles, She has immersed herself in the art of independent film making, working both in front of and behind the camera, packaging and promoting her films throughout the film festival circuit.Alexandra most recently lit up the stage in the United Kingdom where she starred along side Darius Campbell bringing audiences back to the magic of the Big Band Era in "The History of the Big Bands". She also produced and starred in "Extropia", an avant-garde "musical in a world without music" which earned her critical acclaim in Los Angeles.She is co-founded of the American Repertory Alumni Association Artist Lab. She originated a 501(c)3 foundation that helps graduates of the A.R.T. raise money and produce their own work. She organizes a yearly panel in which top industry professionals meet with soon to be graduates of the A.R.T. to facilitate the transition from the academic world to the professional. Alexandra has also worked closely with Habitat for Humanity in Los Angeles and spent time in Brazil building sustainable eco-friendly housing for low-income families.

Let's Ruin It with Babies