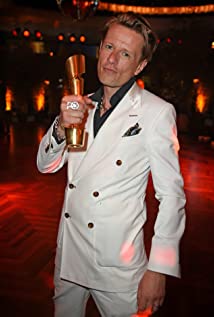 Alexander Scheer, born in the GDR 1976 in East-Berlin is considered one of the most daring actors of his generation. His passion for film and music was sparked during his camera debut in kids musical "Bill of the Black Hand" in 1988. Ten years later his first lead in "Sun Alley" (wich turned out to be the first box office smash about life behind the iron curtain) made Scheer popular in reunified Germany overnight. He joined the ensemble of Europe's most influential theater at the time; the Volksbühne Berlin, improved his craft for a decade and was honored "Actor of the Year" in 2009. On the big screen his portrait of a top terrorist in Golden Globe winning "Carlos" (2010) was a kick-off for several portrayals of world famous personalities: among others Scheer played the iconic characters Keith Richards, Friedrich Nietzsche, Andy Warhol and David Bowie. For his fascinating portrait of east German coal miner and songwriter "Gundermann" ( 8 German Film Awards including "Best Director" and "Best Picture 2019" ) Alexander Scheer performed all songs himself and was awarded "Best Actor in a Leading Role".

We Children from Bahnhof Zoo