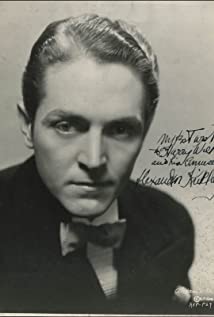 Writer producer stage and screen actor William Alexander Kirkland was born in Mexico City, the son of Robert Gowland Kirkland and Charlotte Megan and the grandson of rear admiral William Alexander Kirkland and Consuela Gowland. As a boy, Kirkland attended the Taft School, a prep school in Watertown, CT. and later the University of Virginia. He began his acting career at the historic Hedgerow Theatre in Media, PA., and later became associated with Group Theatre, the brainchild of Harold Clurman, Cheryl Crawford and Lee Strasberg. He would go on to appear on Broadway, summer stock and in films. As a writer Kirkland had contributed stories to a number of popular national magazines of the day.Kirkland is probably best remembered today for his two year marriage to Rose Louise Hovick, known professionally as Gypsy Rose Lee. Their son Eric was born three month after they divorced and just a few hours before Kirkland married socialite Phyllis Ann Adams on December 12, 1944. It would later come out that Eric's real father was director Otto Preminger. In March of 1971, almost a year following Gypsy Rose Lee's death, Preminger officially adopted Eric. Kirkland's marriage to Adams ended in 1950, several years after the birth of their daughter Alexandra.By the time of his marriage to Greta Hunter-Thompson Baldridge in 1959, Kirkland was the owner of an art gallery in Palm Beach, FL. In 1945 he purchased Villa del Sarmiento, an oceanfront Palm Beach estate, to in part showcase his antique and fine art collections. Kirkland and his wife Greta also maintained houses in Fairfield, CT. and Cuernavaca Mexico. Greta was a former Ziegfeld Follies girl from Toronto, who at the time of her marriage to Kirkland was the recent widow of a co-heir to an estate connected to the National Steel Corporation. She passed away after several years of ill health on June 17, 1972 in Mexico City. A few years later Kirkland would be linked in the press to British actress Margot Grahame. At the time of his daughter's death, Kirkland was living in Cuernavaca, where eleven years earlier his estate was used in the filming of some scenes for the Viet Nam War film, Who'll Stop the Rain (1978).

A Face in the Crowd