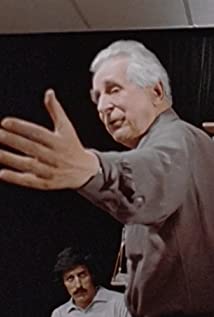 Russian-born French experimental short artist Alexeieff, who with his wife American-born Claire Parker invented the pinscreen animation technique,is most known for designing the prologue sequence for Orson Welles's The Trial.He grew up in Constantinople, then the Ottoman Empire, where in 1906 his military attaché father was killed by the German secret service.Returning to Czarist Russia with his school principal mother, he entered the Cadets military academy of Saint Petersburg and his 16 years there would influence his later fondness for Russian themes in his art work and filmmaking. After the Revolution, in 1922, Alexeieff settled in Paris where he studied painting, did stage decor, and beginning in 1925 lent his hand to illustrating editions of classic literature.Under the influence of the avant garde Cinema movement of the time, he aspired to move into directing.His landmark work, Night on Bald Mountain, in 1933 was a fusion of a musical piece and imagery 7 years before Wait Disney attempted the same piece as part of Fantasia.Two years later he would produce the first promotional film in France made in color.