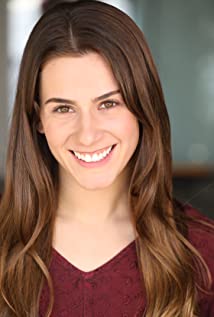 Alexa Russo is an actress and comedian based out of the Upright Citizens Brigade (UCB) comedy world in Los Angeles. She was raised in the small town of Kingman, Arizona. Her father was a musician, and as a child, Alexa immediately fell in love with the arts. From a very young age, Alexa was always certain about one thing: she had to be an actor. At the age of 14, Alexa realized she needed to take the initiative to make her dreams come true. She convinced her parents to let her audition for the prestigious Los Angeles County High School for the Arts (LACHSA). Much to her surprise, Alexa was accepted to the Theatre Department! Alexa's journey at LACHSA changed her life and transformed her into a passionate and competitive working artist. In her four years at LACHSA, she discovered her pure love for acting. Alexa also found her place in the world of Musical Theatre when she scored the leading role of "Tracy Turnblad" in Hairspray performed at the El Portal Theatre in North Hollywood. She went on to join the casts of many other plays and musicals around Los Angeles, and then moved to New York City to study Musical Theatre at Pace University.Alexa is now back in Los Angeles, where she is now bringing her quirky personality to film, television, and improv! She is on a house team at Upright Citizens Brigade (UCB), and she is a member of LA's hottest all-female musical improv team, "Adele Dazeem". After playing the recurring character, "Hazel", in Disney Channel's Austin & Ally, Alexa has become known for her quirky personality, goofy laugh, kooky voice, infectious energy, and natural disposition of an overly excited camp counselor.Although Alexa has a very goofy personality, she also likes to get to the core of important and relevant issues. Alexa is an activist for positive body image, self-love and self-compassion, and Eating Disorder awareness. Her main mission is to spread love, laughter, and joy through her passions and talents. Alexa can currently be spotted performing comedy improv at Upright Citizens Brigade (UCB), giving tram tours at Universal Studios Hollywood, laughing a little too loud in movie theaters, and probably asking to pet your dog.