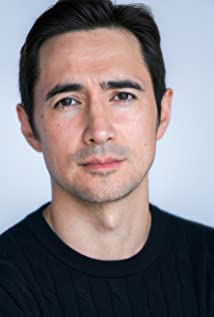 Alex Wyndham is an Oxford University and Royal Academy of Dramatic Art graduate. He's starred in Emmy-winning TV shows for HBO and the BBC including Rome and Little Dorrit and and other critically acclaimed dramas such as the TV adaptation of the Booker prize winning The Line of Beauty opposite Dan Stevens and Hayley Atwell, ITV's Endeavour and the BBC's World War I centenary centrepiece The Crimson Field.He's also appeared in various films for directors such as Kenneth Branagh and David Blair including the HBO Films adaptation of Shakespeare's As You Like It opposite Kevin Kline and Bryce Dallas Howard.Alex has also provided numerous performances for triple A video games such as Sony's Horizon Zero Dawn and Microsoft's We Happy Few and various radio plays for BBC Radio 4 including the popular series Homefront and Tommies.

The Line of Beauty