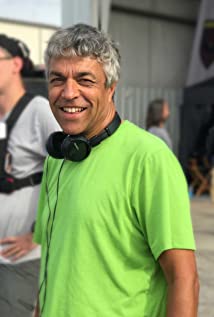 Alex Pillai is of South Indian heritage, and was born in Newcastle-Upon-Tyne, United Kingdom. He was educated at the National Film and Television School, and his break in television direction was for the actor and producer Sir Lenny Henry. He is a recipient of the FIPA D'Argent and the Screen Nation Award. Alex lives near London.

Wire in the Blood