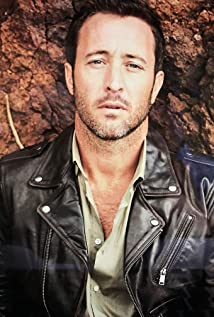 The Australian actor Alex O'Loughlin was born in August 1976.Alex started out his film career in 2004, when he starred in Oyster Farmer (2004) as Jack Flange. The following year, he returned to the big screen as Michael Carter in Feed (2005), a movie that he also co-produced and helped write. Also released that year was a movie titled Man-Thing (2005), in which Alex played Deputy Eric Fraser.However, his most recent role in a feature film was that of "Marcus Bohem" in The Invisible (2007). Alex acted in the Australian miniseries Mary Bryant (2005) as the title role's husband. He made his way to American serialized television in The Shield (2002) as Detective Kevin Hiatt, the newest member of the strike team. Alex can be seen as Marshall in the movie August Rush (2007), and also in Whiteout (2009). In 2005, he was nominated for the Australian Film Institute's Best Lead Actor in Television for his role in Mary Bryant (2005). In 2006, he was nominated for the Logie Awards' Silver Logie in the same category and role.

The Incredible Journey of Mary Bryant