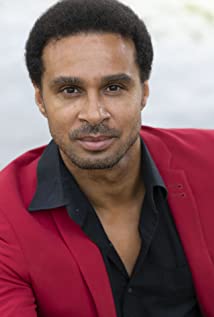 Born to a French mother and Martinican father, Alex was raised in the heart of central France. His father, a Vietnamese martial-arts instructor, initiated him into the arts at an early age. Alex soon became a star of the podiums, winning 3 times the title of champion of France in Viet Vo Dao between 1997 and 2000.At 17 years old, while still following his sports studies, Alex also began to practice dance, Parkour (aka "the Art of displacement, initially made popular by the Yamakasi, and later by its namesake film) and acrobatics.This combination of moving arts led him to create a show combining sports, stunts and acting, with the proceeds benefiting children's education in Viet Nam.His regional notoriety got him a place on the generic for the film Kiss of the Dragon with Jet Li. His role, while canceled at the last minute, sparked his decision to focus on his professional acting ambition and led him, over the course of three years, to play in two successful musical comedies. His performance was recognized and he was invited to study for two years at the International Academy of Acting, Singing and Dancing.At the end of his training, Alex decided to transition from live acting to film. He completed film acting and English classes before officially auditioning as an actor from 2005. His chameleon like appearance associated with his incredible physical ability, have brought him a variety of professional experiences.The famous international series, Galactik Football (2006 - 2008) taught him how to act in Motion Capture. He had roles in ten different Indian films between 2006 and 2010 during a stint in Bollywood. In France, Alex started his acting career in Banlieue 13 Ultimatum by Patrick Alessandrin and the highly acclaimed film The Prodigies by Antoine Charreyron (2011).Between 2012 and 2013, Alex played in three French films: Rust and Bone by Jacques Audiart, starring Marion Cotillard and Matthias Schoenaerts, The Lookoot by Michele Placido with Daniel Auteuil and Matthieu and Jeu De Couples by Maxwell A. Cavevall. He has also had roles in two American films: Battle of the year: Plaent B-Boy by Benson Lee, starring Josh Holloway and the singer Chris Brown and Fast and Furious 6 by Justin Lin, with Vin Diesel, Paul Walker and Dwayne Johnson.

Battle of the Year