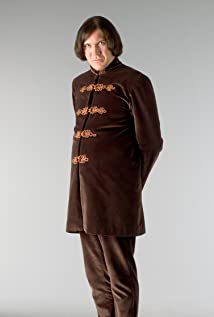 Alex Macqueen was born in 1974 in Epsom, Surrey.He was in the National Youth Theatre in the 1990's while studying English at Durham University and International Relations at Pembroke College, Cambridge.He is best known for his roles as Julius Nicholson in 'The Thick of It' and Neil's Dad in 'The Inbetweeners'.He has worked alongside various Directors including, Woody Allen, Kenneth Branagh, Bryan Singer, Armando Ianucci and Richard Curtis.In 2011 he was cast by Shane Meadows in 'This Is England 88' and in 2012 took the lead in Sky Atlantic's 'Hunderby' opposite Julia Davis.In 2013 he was cast as the new 'Master' in the Dr Who Audio series produced by Big Finish.In 2009 he starred in the film The Hide (2008), directed by Marek Losey and written by Tim Whitnall.The Hide was described by Film Four as 'a brilliantly balanced understated drama' and by The Times as giving 'Misery and Sleuth a ride for their money'.The Hide is a psychological thriller set in a bird watchers retreat on the Suffolk marshes, shot in seven days at Pinewood and three on location, and filmed on a micro budget.Alex Macqueen has also made guest appearances in British comedies including Peep Show (2003), Pulling (2006), The Inbetweeners (2008), Lead Balloon (2006) and The IT Crowd (2006).He had a long-running part as Dr Keith Greene, an anaesthetist with a dry, sarcastic sense of humour, in Holby City (1999).

The Road to Brexit