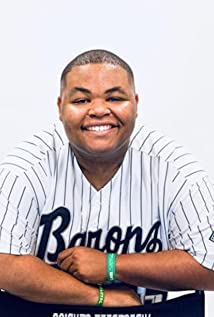 Alex Jones (born September 06, 1996 in Birmingham, Alabama as Alex Christian Jones) is an African-American TV actor, known for Kickin' It (2011), Piper's QUICK Picks (2010) and Disney 365 (2006). As a TV actor best known for playing the role of Eddie on the Disney series Kickin' It.Born on September 6, 1996 in Birmingham, Alabama, he has African-American ancestry and he grew up with his younger sister Alexis Jones in Birmingham, Alabama. Before fame, he made his big acting debut in Ruben Studdard's "Flying Without Wings" music video which grabbed the attention of Disney XD. His stage credits include roles in Beauty and the Beast, The Wizard of Oz, Alice in Wonderland and Barnstormer at Birmingham's Red Mountain Theatre Company. As a kid, he acted in a number of stage shows including Beauty and the Beast, The Wizard of Oz, and Alice in Wonderland. He began performing plays and skits on stage locally at the age of just 3. Has performed since age 9 with Birmingham's Red Mountain Theatre Company.After being hired, he associated himself with the Kickin' It cast, he acted alongside Leo Howard on Kickin' It. Jones almost missed his audition for Kickin' It. After his agent sent out a tape to Disney, he and his mother flew out to Los Angeles to meet with casting executives but were three hours late because of all the flight delays they encountered. Splitting his time between Birmingham and Los Angeles, Alex lives with his parents and younger sister Alexis. An avid trivia buff, Jones enjoys singing and playing video games. He has made lots of friends on the set, but still keeps in very good touch with his friends near home.His official Twitter Page is @AChristianJones. He does follow fans.On January 2013, Alex announced his departure from the show. When asked why did he leave Kickin' It, he said that overtime, he became really busy with his personal, family life such as school studying at the University of Alabama, taking care of his grandparents, etc and unfortunately, he could not do both and his parents could not afford him to get home schooled. He subsequently left the show to focus on his family life. Following this, Eddie's character was removed from the plot of Season 3 and 4 and the screenplay was rewritten. The new plot has it that he quit the dojo, left Seaford and moved back to England to take care of his ill grandparents but he unfortunately never returns. He is never seen or heard of again.He is, as of 2014, a Proud UAB (or University of Alabama) Student and General Manager of BlazeRadio. Download the Live365 and listen to the Threeooo every Thursday from 1-2 PM Central Time on BlazeRadio. He resides in his hometown of Birmingham, Alabama and also visits in his secondary home in Los Angeles, California. His amazing and brilliant performance of Eddie Jones shows that he is a great guy with an amazing spark and talent of his own.Alex is a native of Birmingham Alabama where he lives with his parents and younger sister. An honor student, Alex has always enjoyed school and learning new things. He is also very active in his church and has enjoyed the opportunity to speak to youth groups and churches around the Birmingham area. His personal interests are College and NFL Football, NBA, sports stats, writing, and video games